What is a defacto relationship in Australia?

Sometimes it is not entirely black and white when you are trying to determine whether you are in a defacto or de facto relationship (we will use the two different spellings interchangeably in this article).

What does the term defacto relationship mean in Australia and how do you work out whether it applies to you?

The first place to look for an answer is the Family Law Act 1975 .

A de facto relationship is defined under section 4AA of the Act as a relationship that two people who are not married or related by family have a relationship as a couple, living together on a ‘genuine domestic basis’.

All the circumstances of the relationship will determine whether a couple are in a de facto relationship.  These include: 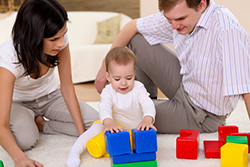 Bob and Tracy have been living together for 12 months and have just welcomed a new child to the household. Tracy has taken maternity leave for 6 months and Bob is the sole income producer at this time. Their friends and relatives consider they are a couple.

In this case it’s easy to see that Bob and Tracy are living as if they are married, in a genuine domestic partnership. They are in a de facto relationship.

Peter and Karen have been in a long term, dating relationship for 3 years. Karen lives in Nowra, in a house she owns. Peter commutes to Sydney each week and lives in his brother’s spare room whilst in Sydney. Peter always spends the weekend with Karen in Nowra, contributes to the household expenses, keeps his toothbrush in her bathroom, clothes in the cupboard, and does repairs and renovations to her house. Their friends and relatives consider them to be an established couple.

In this case, is is likely that Peter and Karen are in a defacto relationship.

Robyn and Kate have been close friends for several years. Robyn maintains her own residence in Moonee Ponds and Kate maintains her residence at Thornbury. The parties keep their finances completely separate, do not own property together but they regularly enjoy travelling with each other. Both parties are fit and well, have a sexual relationship and live independently of each other.

In this scenario, it is most likely that Robyn and Kate would not be considered a de facto couple, but it’s not always black and white. 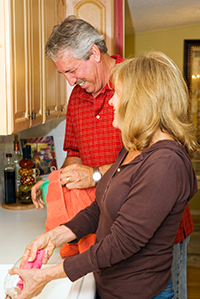 Dave and Trish met a few years ago after their respective divorces. Dave’s divorce and property settlement was particularly acrimonious and he had trouble accessing his share of the property pool quickly. As he did not want to live in rented accommodation, Trish helped him buy a unit.

Six months ago, they bought an investment property together as well. Both Dave and Trish mostly live in their own residences as they look after their own children, but they do have a sexual relationship, and often sleep over at each others houses. Their friends and relatives consider them to be a couple.

In this scenario, due to the financial entanglement and sexual relationship, Dave and Trish would most likely be considered a de facto couple under Australian law.

As these examples show, making a judgement on whether a particular relationship is a defacto can be shades of grey rather than glaringly black or white .

Many couples misunderstand their rights in relation to a de facto relationship . When you live together as “husband and wife”, (whether heterosexual or same sex), you are considered to be in a de facto relationship from day one. When the couple have been in the relationship for a cumulative period of at least two years they gain the right to ask the court to make orders for the division of property (property settlement) . However there are other factors that trigger the right to ask for property orders whether you have lived together for two years or not;

If your relationship does not fit one of these definitions but you have concerns about whether your property is at risk you can always make a financial agreement under section 90UB of the Family law Act.

You can also make a financial agreement if you are already living together or are separating.