Under the amended Family Law Act couples in same sex relationships are now able to make ‘Financial Agreements’. This means that pre de facto couples can make the equivalent of a ‘prenuptial agreement before they commit to living together in a domestic partnership.

Making a  financial agreement before you move in together allows you to stipulate and protect particular assets or financial resources from claim by your soon to be de facto partner in the unfortunate event of a relationship breakdown.

As an example a couple who are intending to move in together can make a same sex/gender pre de facto Financial Agreement which deals with the assets and financial resources owned by one or both of them before cohabitation.

By “isolating” those assets in the event of separation each party is able to leave the relationship, should the need arise, with the property they bought in, making same sex de facto property settlement easier. This type of legal arrangement is quite common and generally simple to draft.

Here is an example

Bruce and Tom are a professional couple each of them recovering from a previous relationship split. Although they both feel their new relationship will be strong and withstand the test of time, they are nervous about combining all of their finances before they have been together for a longer period.

What should they do?

Bruce and Tom can use this agreement to make a declaration and acknowledgement of the assets and liabilities they each own before cohabitation. Each party agrees that they will not make claim for the others property in the event of a break up and they each include a statement to that effect in their FA.

Each party is responsible for the debts they bring to the table and each can leave with the assets they bought in. If they choose to make provision for separate or combined property acquisition or living expenses they can do that also.

Section 90UJ of the family law act requires both parties to obtain independent legal advice from a legal practitioner about the advantages and disadvantages to the party of making the agreement. Once the advice is given, the solicitor acting for each party will attach a Certificate confirming that advice was given prior to the parties signing the Agreement.

Make sure you visit our Financial Agreement Doc Review page for a simple solution and the added security and guidance of good legal advice.

This Same Sex Pre de facto financial agreement kit has been professionally drafted to comply with section 90UB of the Family law Act.

The kit at only $ includes 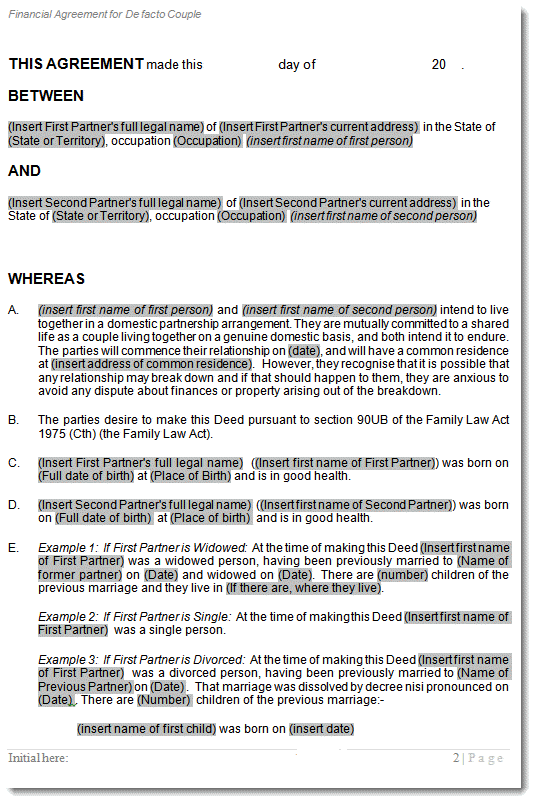 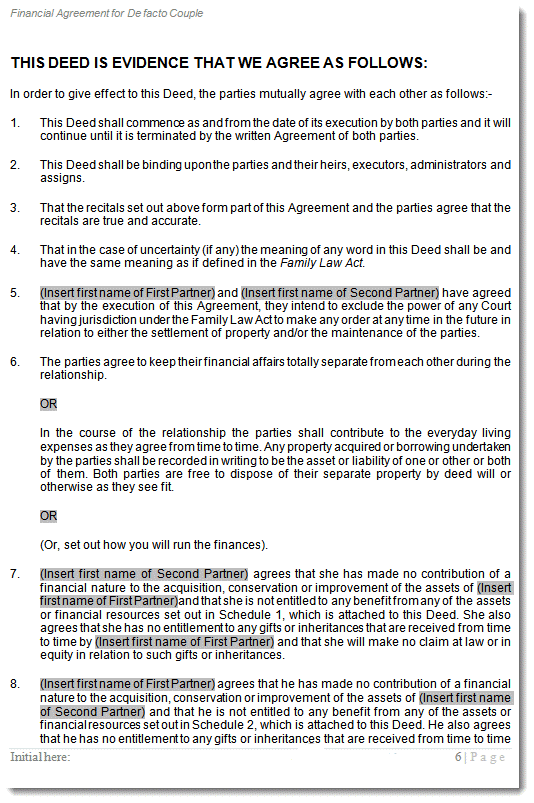 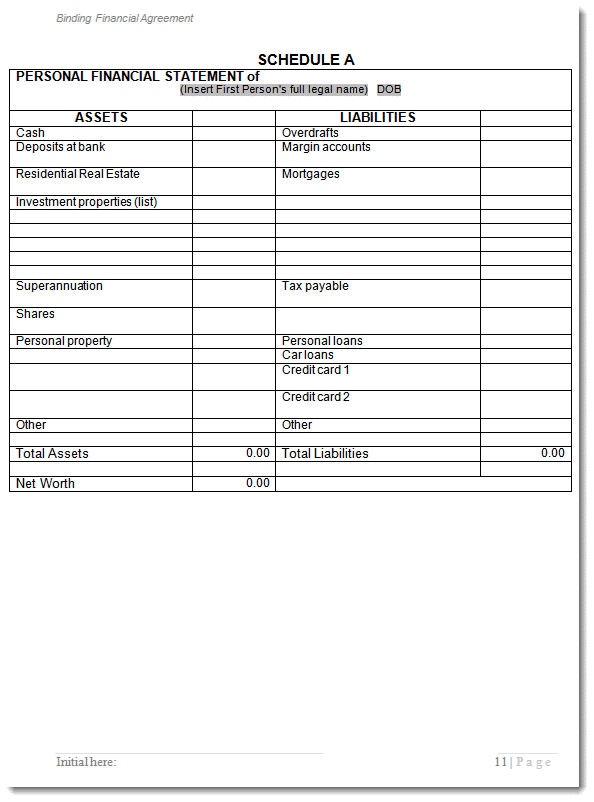 We offer De facto agreements for same sex couples in all states of Australia for only $ – please make you choice below – Click on the Buttons to purchase.