Can you protect property or assets from creditors using financial agreements?

When we agree about the division of property does that take effect immediately or only if we separate?

Answer: Whilst you can stipulate how you want to divide property in the agreement theoretically, the practical division of assets and liabilities does not occur until either party has signed a separation declaration. If you are trying to protect assets, consider the question below, and whether you need to consider other methods such as setting up a trust fund.

My husband is a ( high risk occupation ) and I worry that someone may sue us if things don’t go to plan. If we make a Financial Agreement and put the home in my name so its protected from creditors, do we have to separate before the assets are protected?

Answer: There have been some big changes to the Family Law Act and Bankruptcy law recently following the high profile case of ASIC v Rich & Rich .  In that case, Jodee Rich was successful in transfering millions of dollars in assets to his wife with the likely intention of avoiding creditors.

This case resulted in changes to the Family Law Act and Bankruptcy Act to avoid assets being kept from creditors in this way in the future.  Binding Financial Agreements can now be challenged by a creditor and set aside where the Agreement was entered into for the purpose of avoiding a creditor or potential creditor.  Property transferred to a spouse is able to be clawed back by the administrator (or bankruptcy trustee).

As such, I can’t see any way of a financial agreement being prepared which can stop creditors getting at family assets and you should be careful that you are not trying to put money out of the reach of creditors when preparing your agreement.

A financial agreement can be set aside if it has been entered into for the purpose of defeating or defrauding a creditor of either party or with reckless disregard for a creditor’s interests; so a “gift” to your wife is the same as a “gift” to your kids or your brother or sister.  If there’s no good financial reason , regardless of how strong the paperwork, the trustee can claw it back.

A gift of half of the matrimonial home for example – even if done by consent order or financial agreement – is accessible to the trustee, who can go more than four years to claw back assets.

Once a party to a marriage or de facto relationship becomes bankrupt, his or her property – including any rights he or she may have against a spouse or de facto – immediately vests in the trustee.

The trustee may apply to become a party to family law proceedings, or even start them, even when husband and wife are still happily living together.

Where property has been vested in the trustee for a bankrupt, the Court has the power to order the transfer of available property of the non-bankrupt spouse to the trustee.   It can also work the other way around, in which case once transferred the property is not available to the creditors of the bankrupt. 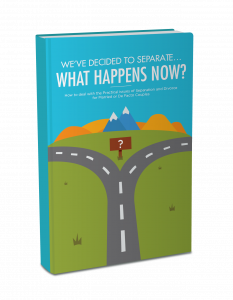