Dean and his girlfriend were buying a house together. The following case study is an excerpt of a conversation that took place in January 2018.

“The first quote we got for an agreement was about ten thousand dollars from a lawyer.”

I was buying a house with my girlfriend, so I needed a financial agreement (defacto cohabitation agreement).

I had a fair bit of inheritance money that I put toward to the house, so it was just about making sure that if something did happen, that everything was going to be sweet, and the money was protected. It was part of getting the money out of the trust fund as well.

We spent a little bit of time researching our options. Our mortgage broker was also on the case. He was trying to sort things out with lawyers and that’s when the big quotes started coming back. That was a big challenge. The first quote we got for an agreement was about ten thousand dollars from a lawyer. And we’re like that’s a bit too much. So we were trying to find a better way of doing it.

We pretty much started looking over the net seeing what we could do, what our options were and making sure they were legally binding.

We looked into it a lot. We just weren’t sure, you know how it is over the net, where you’re kinda like “is this a scam” or like after getting the ten grand quote and then getting this one [RP Emery] so much cheaper. We were like “How come this one is so much cheaper? What’s going on here?”

It’s the same with anything over the internet you just don’t know these days if it’s a scam or not. I think Em ended up calling RP Emery and she had a good chat over the phone and everything. I think [that] was kind of the point where we said, you can call someone, you can talk to someone.

She might have talked to Ian. He explained the whole process and how it works and why it’s cheaper and about the two separate lawyers calling us up. It was good because after she spoke to Ian, she called me and she was like “I spoke to him and he explained what’s going on and why it’s like this”.

My lawyer was really good with me she was really thorough. Because I was the one taking the risk of buying the house. She was very straight to the point about it and letting me know what was going on and what could happen and all those kind of things.

I think with Emma’s lawyer was a lot more laid from what I’ve spoken to her about. Where there was a lot of you know “it’s all good” whereas mine was very strict on it. She was very thorough. She went through the whole thing. She was word by word and like “this word doesn’t make sense here, we need to change this and we need to change that. Do you understand the risk you’re taking if this happens or that happens” and things like that. She was really good.

If I was telling someone about it I’d definitely be able to say that we’ve used and it is legit and does work… It was very thorough.  I felt like my money was protected a lot more. 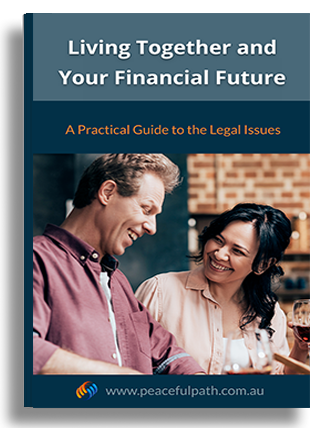